Posted by Peter Monticup on 5/31/2021 to Guest Performers

Invented by Joe Carson in the 1940's, the Zombie Ball quickly became one of the most popular and featured routines of many stage magicians.
To this day, the Floating Ball is still an audience favorite.
And if you'd like to own your own Floating Ball effect, we've got a nice selection here!
Enjoy the performances below!
And don't miss the TOMMY WONDER video at the bottom of this post- it's a performance AND a tutorial!


NEIL FOSTER: FLOATING BALL FANTASY
Neil Foster (1920-1988) was a legendary magic performer and instructor. After taking the famous Chavez magic course in 1947, Foster became a teacher there. Eventually he moved to Colon, Michigan where he was the magician in residence for Abbott's Magic Co.
Foster was also known for his unique presentation of Joe Karson's commercial Zombie floating-ball effect, transforming it from a small trick into a stage-filling routine.

STEVE MARTIN: COMEDY FLOATING BALL
Comedian Steve Martin actually started his career as a magician.
Especially during his earlier TV appearances, he would often include comedy magic as part of his routine.

KAZAR: ZOMBIE SKELETON
A magician for over sixty years, Kazar creates most of his own effects and also builds props for other magicians.
He performs parlor and stage shows in a variety of venues.
While serving in the US Navy, he was sent to perform shows for hospitals, servicemen’s clubs and on board ships.
He has appeared in various countries in south east Asia as well as around the US.
Currently his home base is the Chicago area.

PETER MONTICUP: FLOATING HAND
We've carried a number of different versions of the Zombie Floating Ball. One of the most memorable is this FLOATING HAND!

TOMMY WONDER: PERFORMANCE AND TUTORIAL
Tommy Wonder (1953-2006) was a very clever and inventive Dutch magician who marketed several ingenious versions of classic effects like the Linking Rings and the Floating Ball.
In this video clip, Tommy Wonder performs his Floating Ball, and then gives tips and techniques for perfecting your own performance! 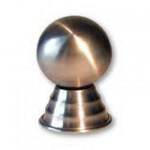 *[DISCONTINUED]* Zombie Floating Ball
Control the legendary silver ball as it floats around in front of you!
(1)
Item In Cart 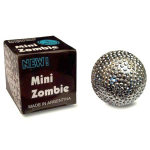 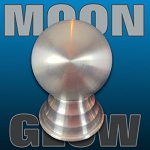 Moonglow Zombie Floating Ball
Control the silver ball as it floats around in front of you!
$119.99
More Info
Item In Cart 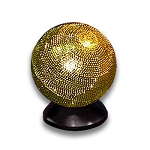