Posted by Peter Monticup on 5/31/2022 to Guest Performers

Eddie Redmayne Entertains With Magic
The successful actor shows his magical side...

If you are a movie fan, or a British TV buff, you no doubt recognize actor Eddie Redmayne.
Known for his roles in biopics and blockbusters, he has received various accolades, including an Academy Award for playing Stephen Hawking in The Theory of Everything, a Tony Award for Richard II, a Golden Globe Award, a British Academy Film Award, and two Laurence Olivier Awards.
But did you know he is also a magician?
Enjoy these two clips from recent TV talk shows: 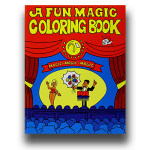